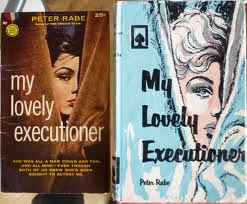 Jimmy Gallivan is counting down the final days of his seven-year prison sentence, when he is swept into a break out and roped into helping a drug dealer finding incriminating evidence that threatens to become public. Jimmy starts out disoriented by the events of the breakout and escape, not sure where he is going or who is behind everything he drifts, mostly drunk though the events swirling around him. He lands in jail, a sanitarium, and at a couple of parties where he mostly drinks but manages to get laid a couple of times as well. Towards the end he finally pulls it all together and figures out what’s been going on around him, and what is expected from him in exchange for his release, and in the end has to make one final choice.

This isn’t the first Rabe that I had read that would be Murder Me for Nickels, which I liked but didn’t love. I was a bit apprehensive about cracking open this one and didn’t know how involved I would get in the story. I found it engaging and liked the way chaos of the start of the book managed to disorient the reader the way that Gallivan was disoriented, before coming together and have all the pieces fall into place. This is nifty read, and is in print along with Agreement to kill in one volume from Stark House Press. 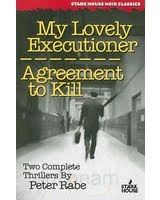