It's The American Astronaut

One of my favorite films from the last couple of years is The American Astronaut ..... which is a low budget Space Western, shot in Black and White, and simply an amazing film. For years there has been rumors of a new film by write and director Corey McAbby, the title was Werewolves Hunters of the Midwest... alas, it appears that film is still just rumor. However, McAbby and his band (formerly the Billy Nayer Show) also called The American Astronaut have a new project, THE SMALLEST STAR . They have a blog and a new film project called Stingray Sam, It's all good stuff that is well worth checking out.
Posted by Iren at 9:48 PM No comments:

Agents of Chaos by Norman Spinrad
Once upon a time, according to Kevin Smith I was easily led, as a reader and sometimes poster on the WEF, a forum for the British writer Warren Ellis, or as he is know around my house, Old Man Ellis. I spent most of 9-11 on the WEF hearing reports of the events in NYC, London and LA in real time as the terror attack unfolded, I also met my good buddy Tim the Telstar Man on the WEF. The WEF is gone now, and a lot of us have moved on, I am still buddies with Tim, and I am still a fan of much of the music, comics and books that I first heard about on the WEF including todays selection the Norman Spinrad book Agents of Chaos.
At the time the only Agents of Chaos I knew of was the fading metallic cassette tape (it might have just been a plain white cassette with blue printing, but my brain wants it to have been a metallic) that was billed as Dave Brock and His Agents of Chaos. Brock was a founding member of the UK band Hawkwind, a weird spacerock group that helped provide the blue print for; proto-punk rock, progressive metal and electronic rock to come.
Now I don't know if Brock took his later solo groups name from Spinrad, but consider that they were both playing in the space opera sandbox of ideas, it's more than possible. Depending on the source the book was published in either 1967 or 1970, the copy that I have says MCMLXVII,MCMLXX. It's a short book about a space empire that covers the milky way Galaxy, where a Hegemonic Councilor rules absolutely, a Democratic League fight for their right to be contrary, and in the shadows lurk the Agents of Chaos, a group that secretly acts to cause chaos for and against both of the sides in the fight for power, keeping both off balance while working for their own secret goals. It's a quick read, and more important than the events of the book are the ideas that it examines, for me the chief one is that it's a losers game to simply pick a side, and not stand on your own, seeing that both sides have good and bad points. This concept is more and more important to me as the I walk though today's world, where it seems that if you even criticize one side it's assumed that you are a supporter of the other.... this to me is a hold over from the culture war of the 1960s that the baby doomers seem to have an impossible time letting go of, and by proxy force the rest of us to live with...... ok ok ok, enough politics. I read this book once, I need to read it again, I keep finding myself recommending it to others that I am trying to encourage to break out of the old left and right, republican and democrat point of view.
Of course I couldn't find a cover image of the copy of the book that I own currently... so here are a couple. 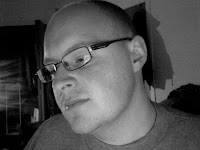 The Moon is brighter than the sun, I burn in the moonlight, and the double shadow of the Hank Williams look-a-like in a nuns habit. It's too much rain to talk about the world and it's failure, a smashed car, a missed event, unused Roller Derby tickets..... how did I greet our risen lord, you ask? how in deed. We chatted, he asked me about what I was missing, I told him what ever I get is what I get.
I was out of beer, and he had to leave, too many eggs to pass out to the unknown children of a desert tribe. Twinkies in spandex and butternut cream. Down on the street my mind was melting, as I watched him go.
The tempo on a see saw, a D & D poetry slam staple, should I even post this?
soundtack:
Posted by Iren at 7:32 PM No comments:

The Michigan Theater has been offering a series of Noir films this month, and so far I have taken in viewings of Sunset Boulevard and The Maltese Falcon. Both are classics and were great to see in the historic theater, with the organ being played before Sunset Boulevard the mood was set.

I am not sure if I am going to make it next week on the 20th, for Body Heat but I do plan to take in Chinatown. I've of course seen all of these films before, and while I am glad to get the chance to take them in on the big screen, I have to say that I want more..... and I would rather that the Neo-Noir of Body Heat and Chinatown be left for a Neo-Noir fest (where Blade Runner and The Last Suduction could be shown) and I would love to see some of the lesser known 40s and 50s Noirs on the big screen.

I am teased by the line up for the Noir City fest, with: The Company She Keeps, The October Man, The Prowler and Fly-by-Nite.... all on the slate to be viewed.

I don't expect that the very little know flicks like Noir City mostly traffics in to be shown around these parts, but if I had been programming this series, I think that I would have gone with the following Film's Noir:

Crime Wave
all of which I would love to see on the big screen.

Country Music Songwriting Superstar LeeAnn Starmountain returns home to deal with the death of her mother, her sisters and the country music industry's attempts to use the event to sell records. LeeAnn has made her career out of writing hit songs often starting her creative process by fantasizing about her mothers death. These death fantasies are not the typical simple murder plots but elaborate and twisted in such a way that they often loose the fact that a little old lady is the victim and focus on original and funny elements of the deaths. Of course LeeAnn has been a logger heads with her mother her whole life and even in death her mother has to remind LeeAnn that she is nothing and one-up her at ever step. The story is a quick twisted little ditty (like many of the best country songs) and it effectively skewers the world of country music, country song writing and small town life. I ran across the story in the collection Too Weird For Ziggy which I spotted at the local library sale, it's tacky yellow and red cover even bore a cut out price $3.99 sticker. The stories in the collection all deal with the music industry in so way or form.

I am going to throw one more out there, I have become aware that there are some of you out there reading that have not read the work of H.P. Lovecraft, and want to recommend-- Pickman's Model. The story is told by a friend of artist Richard Upton Pickman a painter known for is gruesomely realistic images of ghouls and horror. Pickman has been kicked out of Art School, and his friend... well, like Lovecraft I want to leave the horror of the story's reveal to your mind until you have the time to sit and read it. It's a solid piece of work that gives a good idea of the best of what Lovecraft had to offer and a good place for the new Lovecraft reader to start. Follow it up with either or The Statement of Randolph Carter or The Unnamable for samples of his shorter works, and then The Call of Cthulhu or The Dunwich Horror for his longer stories. All of these stories are easily available in collections of Lovecraft's work.......... also the band The The Mountain Goats' had a recent song called Lovecraft in Brooklyn on their Heretic Pride album that is worth checking out.
Posted by Iren at 5:43 PM 5 comments: